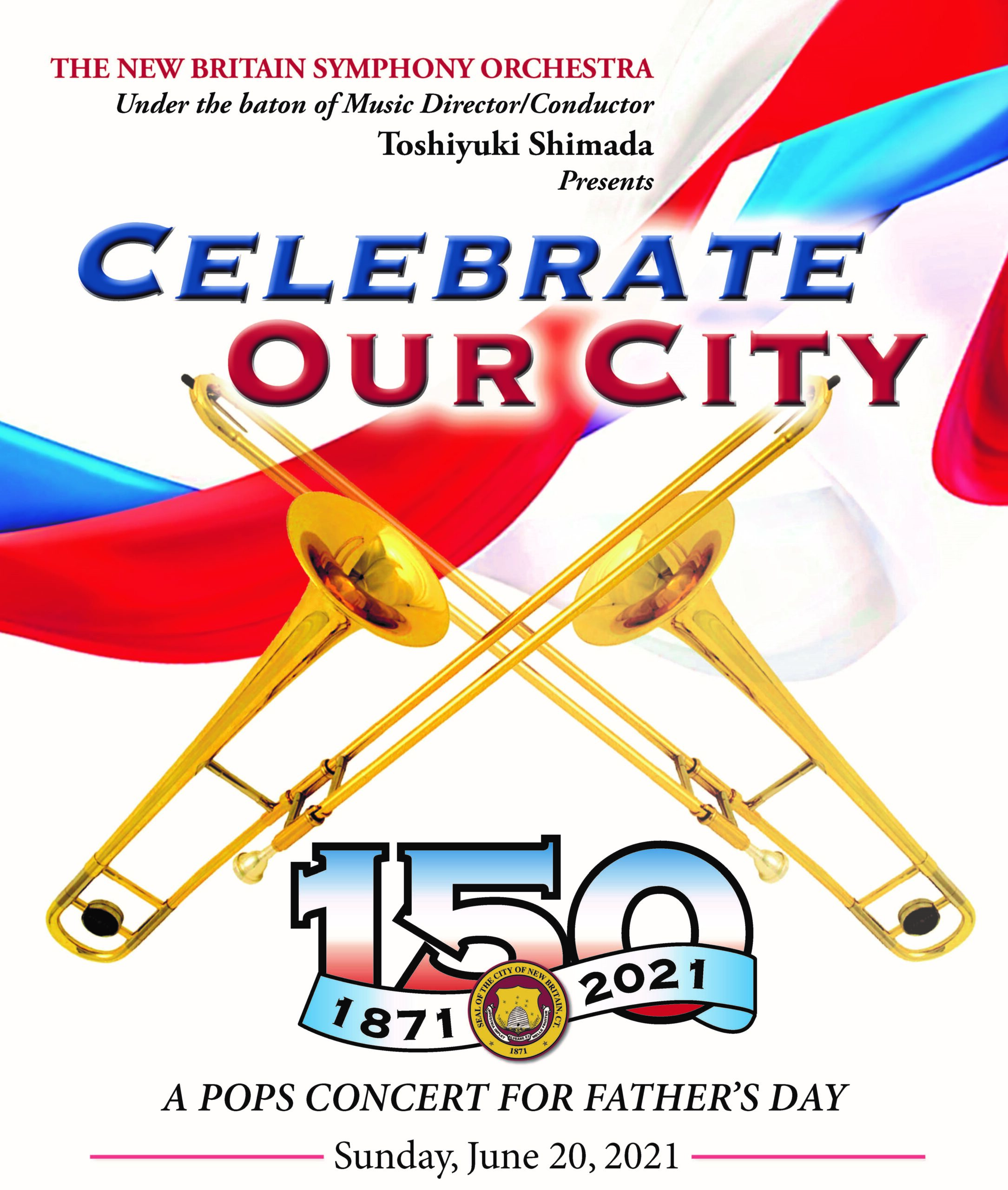 Come join the New Britain Symphony for a free pops concert in Walnut Hill Park, celebrating New Britain’s 150th anniversary, Father’s Day, and the beginning of summer! The concert will begin at 5:00 on Sunday, June 20, at the Darius Miller Shell, and will include a wide selection of popular music, from Star Wars to a medley of television theme songs. Bring a blanket and some chairs, pack a picnic, and enjoy being outdoors again with family and friends.

Under the direction of conductor Toshiyuki Shimada, the full  orchestra will be performing together for the first time since November 2019, in the idyllic setting of New Britain’s Walnut Hill Park.   In case of bad weather, the concert will be held on Sunday, June 27, at 5 pm.

plus a special encore

The mission of the New Britain Symphony Orchestra is to perpetuate the rich tradition of live symphonic music by presenting concerts of a high caliber performed by a professional orchestra, and to provide related education and enrichment activities, thereby contributing to the quality of life for people of all ages and ethnicities of Central Connecticut.